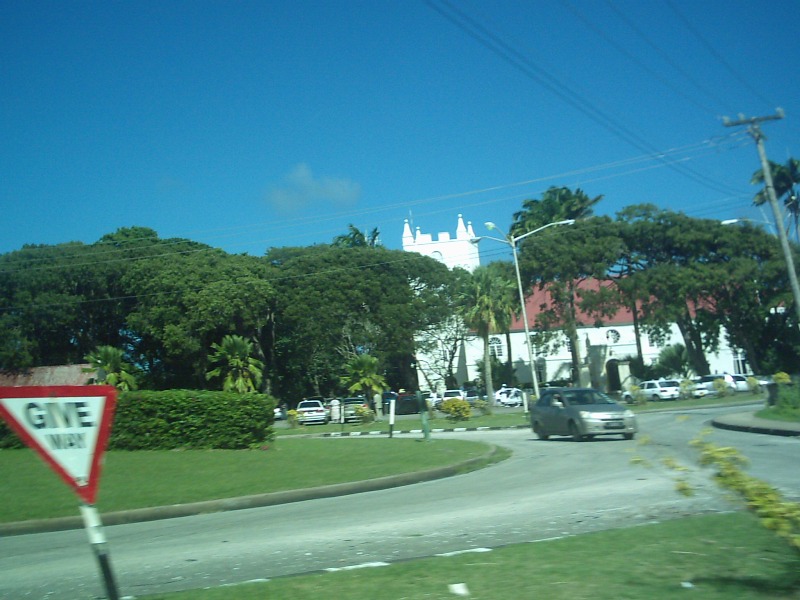 Hurricane Season in Barbados. Are you ready for it? Click on Picture for Today's Weather Forecast.Have a super day come rain or shine.

"Diastic" is a word coined by Jackson Mac Low from the Greek words "dia" (through) and "stichos"(a line of writing, a verse). He termed it as deterministic method that relied on the use of two texts:

The Matched Asymmetries are derived from their sources by "diastic reading-through procedures".

The front page story of the Nation on July 18 highlighted that some squatters had been given enforcement notice to move from Oldbury and this was followed by another article, two days later, by the same newspaper, on squatters mushrooming in a "Zone 1" area adjacent to Blenheim.

In the latter case, the water course runs into the Belle aqueduct and is then pumped to most of our reservoirs by the Belle pumping station. I compliment the newspaper for highlighting this problem relating to water region which is now likely to become a health hazard. I say this because the water table in the Belle is the country's most precious source; and Barbados is dependent on this to supply our nationals, our livestock, our tourism and our manufacturing industries.

The purity of the water must not be compromised if we are to survive physically and economically. If we know that contamination of or water supply would be irresponsible and not immediately reversible, why not be strict with our regulations? It urgently becomes necessary for the responsible powers (if there is such) to arrest this modality which is increasing and being ignored by the policing powers.

On the other side of the coin, Barbados now finds itself with a problem where persons who want to improve their social status and would like to own a residence, are unable to purchase the relevant entities. Most of them opt for the less expensive option of becoming squatters with minimal overheads.

There is an urgency associated with their need for housing; and this cannot be ignored. This is similar to a revolt since their actions continue and are being done in full view of everyone and without fear of being caught in spite of the item being highlighted in our daily newspaper.

It would be a wise move if such signals are not ignored by the authorities but are acted upon before it develops into a genuine social revolt as erupted in 1937.

The article of 20th July states that the residents have either water nor electricity but this is not true for all of them. Some of the installations of utilities were done (in my personal opinion) much faster than for non-squatters.

There still has to be concern about the disposal of faeces, other waste products, collection of garbage, use of chemicals to control weeds and pollution that occur as the population density increases. This increase in numbers is inevitable especially when others requiring similar commodities realize that no action will be taken to arrest the potential disastrous circumstance in the Belle.

I would like therefore to, enquire on the status and requirements needed to build in this area as I do not believe our Town & Country Planning Department should/would allow such circumstances to prevail.

In my opinion there is nothing wrong with the squatters' goals of wanting to have their own home but should this be done at the detriment of our water resource which can ruin our economy if/when it affects any (if not all) of our sectors. This type of venture needs to be regulated.

I will conclude with this quote from the July 22 SUNDAY SUN article One World which give the social studies panacea: "At first, a few violate the social norms, but as more people violate them, the actions become the norm."

Then, after reading it through the Source Text I selected my Seed Text, Major Concerns for Squatters, Major Concern. This Seed Text in essence becomes the title of the poem.

In crafting the poem I read through the Source text, taking into the poem each successive unit which has the letters of the source words in corresponding places. The first linguistic unit in the poem begins with the first letter of the first word of the title or other seed, the second unit has the second letter of the first word of the seed in its second place, and so forth, until the seed text is completed through the source string, these I have numbered to show how the Diastic structure evolves.

As you will readily see the Diastic is contrasted to "Acrostic." (from "akros" (an extreme, such as the letter at the beginning or end of a verse line). "Acrostic" reading-through procedures draw words and other linguistic units from source texts by "spelling out" their titles with linguistic units that have the letters of the words in the titles as their initial letters. One reads through a source text and finds successively linguistic units spelling out the title as follows: the units spelling out individual words comprise single lines (often long ones) and the series of lines spelling out the whole title comprises a stanza. (The "asymmetries" are nonstanzaic but still partially acrostic.)

Don't uproot them!
Brief
by TREVOR YEARWOOD
NO BULLDOZERS, please!
Government's adviser on eradicating poverty, Hamilton Lashley, made this plea yesterday in the wake of notices the Town Planning Department sent to several squatters in Oldbury, St Philip, to move on.
"To bring the bulldozers in and uproot so many persons at one time is inhumane and not in sync with Government's commitment to help the poorest of the poor," Lashley told the SATURDAY SUN.

"I am not one to encourage people to squat, but it would be sociological madness, pure and simple, just to uproot them like that, to send in the bulldozers and lick down their houses. "There must be a more palatable solution, there must be a more humane solution."

Lashley said Government needed to "sit down and talk" with Oldbury's more than 60 squatters to find practical solutions, which could include "regularising" their status or helping them to find alternative sites.
"You just can't wake up one morning and give people notice to move like that, especially people who have been living on the same spot for many years," the former Minister of Social Transformation argued.
"I have talked to some of these people and I know that in that 28-day period more than half of those people will not be able to find alternative sites. "The irony of it is that many of these same people now facing the threat of being pushed off the land would have applied to the National Housing Corporation many years ago for a house-spot or a unit to rent and never heard one word from the NHC."

The Member of Parliament for St Michael South East charged that the NHC, by its inability to respond adequately to the vast demand for low-income housing "solutions", and a short-sighted state building programme that failed to anticipate that Government units would be "bursting at the seams" within two decades of being built, were partly to blame for some of the squatting. You think there is only squatting in Oldbury and The Belle? There is squatting in almost all Government housing schemes, where people are adding on to the original structures to accommodate family and close friends," Lashley declared.

"When you are building, you have to build with a vision, you have to build with a plan for the future, but the people responsible for construction of a lot of the Government units, especially those in The Pine, never foresaw that within two decades you would have massive overcrowding there. "In some cases we have 14 to 16 people living in one small two-bedroom unit and sharing one toilet. They have to sleep on the chairs, they have to sleep on the ground, some have to sleep close to the toilet." Lashley said these people found themselves between a rock and a hard place, forced to endure such conditions at home or to venture out to squat because they could not get land or houses to rent or buy.

"Therefore Government has to make houses available in a massive way to the poorest of the poor," he added. He said in the case of The Belle, a vital source of water for Barbadians, the solution might lie in establishing a waste treatment plant and allowing the squatters to stay. "It is time to stop the talk and get on with the job," he added.
Nation News.com
Barbados Leading Newspaper/July 28, 2007

Parliament for short-sighted there

Is Barbados the Hurricane's sweetheart?

Click here to find out and draw your own conclusions

Haiti Under Rubble from 7.0 Earthquake

Natural disasters whenever and wherever they occur impact on all of our lives. The Good Book says we are our brothers and sisters keepers lead by the Holy Spirit. Hence, we must do our part when disaster shows its ugly face. Any assistance, great or small, given from generous and loving hearts has equal weight. I'm passing on this information I received that Barbadians can go to First Caribbean Bank to donate to the Disaster Relief Fund for Haiti. The banking information is shown below:

My thoughts and prayers are with the people of Haiti. 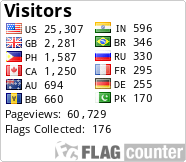 A poem is made up of the following parts; speaker, audience, subject, tone, theme, diction, imagery, figures of speech, sound and rhythm.

Continuum
by Rob Kistner
INDIA. Why not?
by Bob Mckerrow
Ruahine Forest Walk
by Robb Kloss
Reality and Dream
by Marja Blom
Roots in Catlins
by Marja Blom

Iceland on my Wall 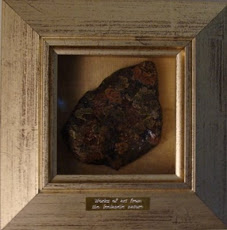 Icelandic Souvenir purchased by my daughter during her April 2009 business trip to Iceland. She purchased the souvenir rock from Geysir Store (steinadalur@simnet.is) These words are written on the back of the frame: "Objects of art have their own creators and designers, in this case the artist and the designer is Icelandic nature. The colours and the form of this particular stone show us how fire, ice, water and winds have in unison molded this masterpiece designed by nature. The stone has been fitted with a frame that emphasizes its unique natural qualities". So I proudly display this gift from my daughter's recent trip to Iceland for these reasons: its beauty and the wisdom embedded in it by Mother Nature.